It’s a good day when a student comes to office hours wanting a refresher on the various formulas. Even better when at the end he says it is “so cool” how the math explains politics. 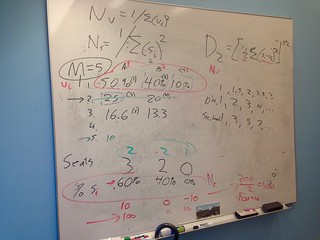 8 thoughts on “Electoral systems math is so cool!”