It’s been a mostly cloudy day. But really, only here. Most of the Central Valley and northern California region has actually been clear. This narrow cloud band has been parked over our area almost all day. 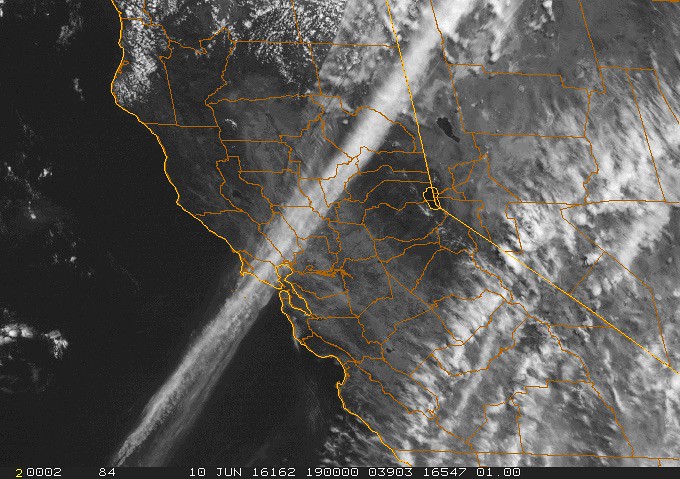 Here is what it looks like from ground level. 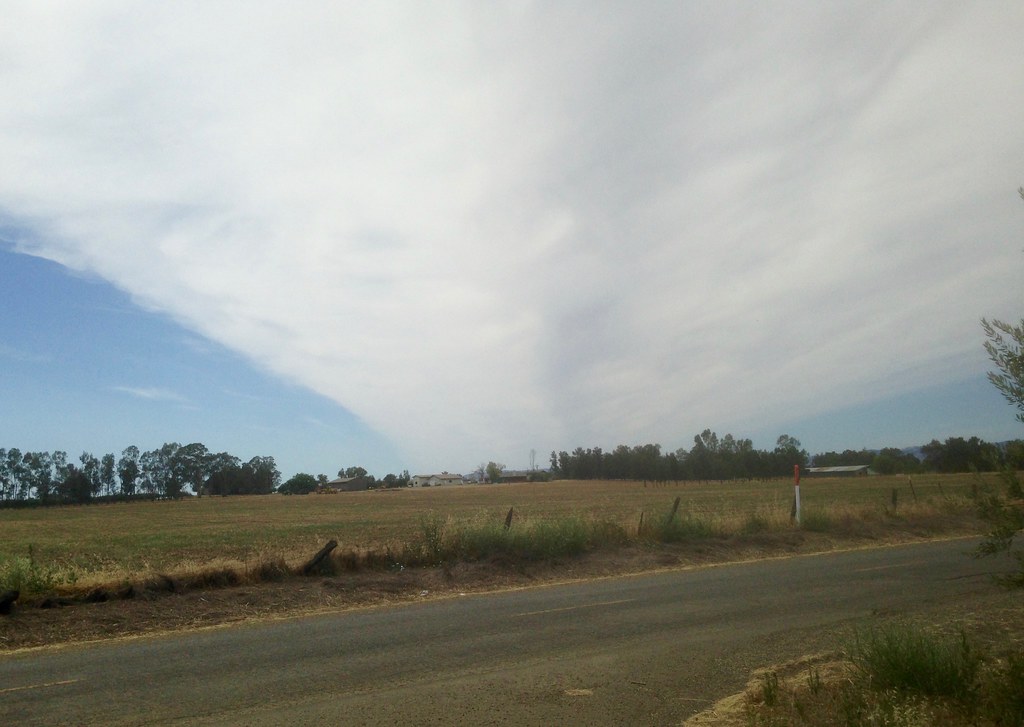 With the help of the satellite image, I can now be certain that the straight line direction down the middle of this cloud band is looking more or less right at Marin County. At the tiome that I took the photo (around noon), the band was crossing the shore just between Point Reyes and the Golden Gate. It has been slowly creeping southward, but very slowly. We are now (almost 3:00 p.m.) just under the band’s northern edge, and a re-check of the satellite imagery shows it is crossing the shore directly over the Golden Gate–and also even narrower.

Underneath it here, the temperature has been in the lower/mid 80s, a welcome relief from the 100+ temperatures we had earlier in the week. The fruit trees are certainly a lot less stressed today.