We have been at our current location for about twenty months. There has not exactly been a lot of rain during that time. Till yesterday. It rained from early in the morning till late at night, sometimes heavily, amounting to around three and a half inches. It brought our total to the month to 5.7, whereas from 1 July to 31 October we had had only 2.3. And the 6-10 day outlook says more is probably on the way!

So we finally see how well the property drains, or to what extent we get standing water. Early returns are favorable. It drains just fine, and there is no water standing in the one completely flat area where I put in some fruit trees. 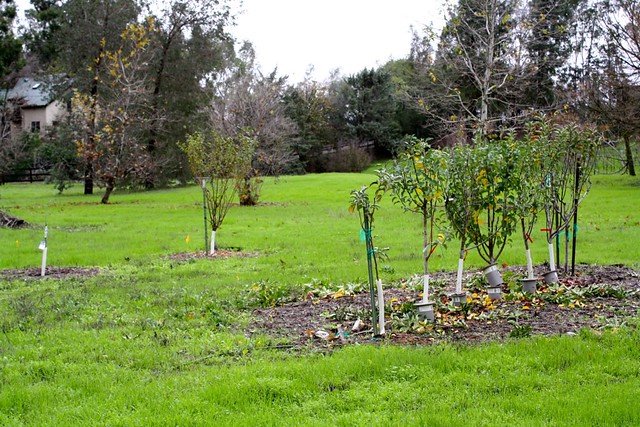 Apple trees, among others; the branches on the ground were put there by me. I pruned them the day before to reduce the “sail” effect, given forecast very high winds (which were less than feared).

There is not even the slightest water standing at the bottom of the big hole where a former owner attempted to put in a pond. Now we see why he had no luck! 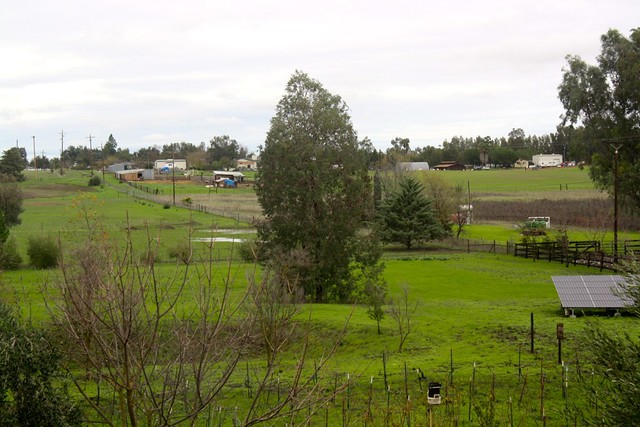 View towards the north

There is just a little bit of standing water in our pasture, visible beyond the Eucalyptus near the center of the image. Just over the fence, however, the neighbor has quite a nice little lake. When I was out there earlier, I could hear geese honking nearby. And I’ve heard some frogs. They should be quite happy today. 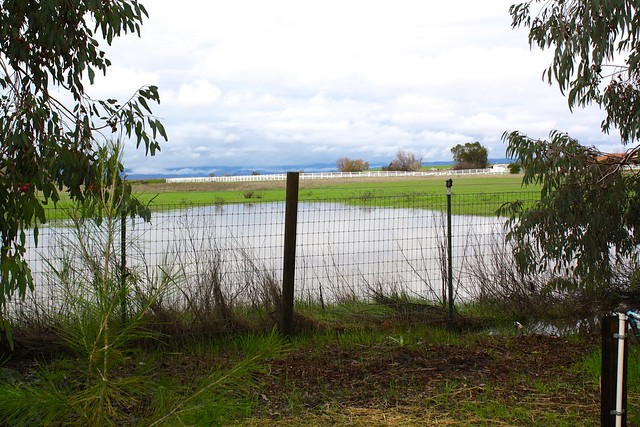 View towards the west/northwest